As a Psychologist working on a military base, there wasn't a day that went by that I didn't hear, 'Ma'am, there is really something wrong with me. I think I am going crazy.' Since returning from deployment over eight months ago, this marine hasn't been able to sleep or concentrate.

As the month's passed, his anxiety started to increase until it hit a crescendo - a panic attack. He fears that any minute, another panic attack will happen. On top of all of this, he feels that he has failed terribly.

I thought I was strong but now, I have lost my confidence. Ever since I have returned, I am just not the same person. He was planning on staying in the military until retirement. Now he fears that he will not be able to make it to the end of the year.

Combat/operational stress is expected and inevitable. Our brains are biologically programmed to react instantaneously when we are threatened with danger. The Fight or Flight response readies the body for intense muscular effort, supported by all of the body's systems. Although this response is not as essential as it once was, it certainly comes in handy during periods of vulnerability and crisis.

The very nature of war dictates that we are ready and on alert at all times. The Fight or Flight response provides what is necessary to function successfully in this environment. Since deployments last for long periods of time, our brains stay on overdrive to protect us from impending danger and threat. The success of our military is in part due to this hardwiring of our brain and its ability to adapt to very stressful circumstances.
Read more »
No comments:
Labels: Stress

There Are No Silver Bullets in Natural Health

For centuries, mankind has been searching for a single cure for all of its illnesses. From evil spirits to germs, early medical practice was focused on finding that one silver bullet that would in turn, lead to the cure of all disease.

For example to relieve the pressure caused by headaches, ancient Incans would often drill holes in the top of the skull to let the evil spirits out.

Also, as recently as hundred years ago, Mercury was used as a cure-all for a number of conditions ranging from hysteria to typhoid fever. There is even some speculation that George Washington may have died from mercury poisoning, after receiving treatment for a minor throat infection.

On the other hand, when it comes to the prevention of disease and illness, wellness practices have historically been equally ridiculous.
Read more »
No comments:
Labels: Natural Health

If you are considering a job in alcohol abuse rehabilitation, you may want to consider watching some alcohol addiction videos first. There are many people who have their heart in the right place when it comes to helping addicted individuals repair their lives and beat their addiction. While it is a great career choice, it is important to make sure that you know what you are doing before you try to help someone. If you do not know what to do, there is a chance that you could cause more damage than good and cause the person to run from the situation rather than face it head on to defeat it. 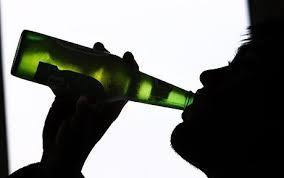 The first thing you need to learn is what the disease is, what it does, why it occurs, and how it can be treated. It can be a lot of information to take in and watching the alcohol addiction videos may make it easier to decipher and retain all of the information. The info is explained in an easy-to-understand format. It goes through the ins and outs of the disease and will explain how to determine if someone has a dependency or not.